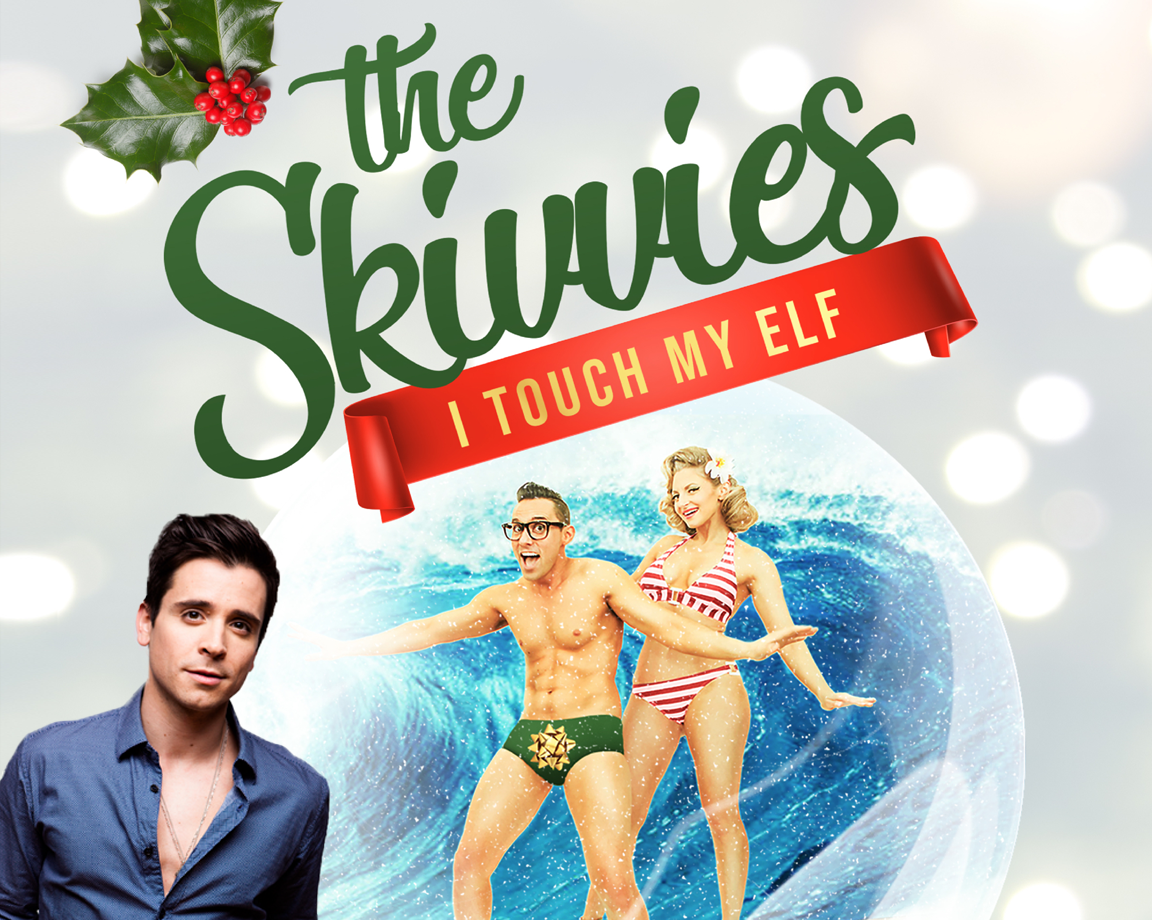 I Touch My Elf

They’re naughty and nice. The “musically thrilling,” award-winning, undie-rock, comedy-pop duo The Skivvies are making their STL debut with their acclaimed holiday show, "I Touch My Elf". Joined by special guests, including Matt Doyle (Spring Awakening, The Book of Mormon, War Horse) The Skivvies— Lauren Molina (Rock of Ages, Sweeney Todd, Candide, Marry Me A Little) and Nick Cearley (Buyer and Cellar, Pageant, A Midsummer Night’s Dream, All Shook Up)—will perform stripped-down versions of eclectic covers, wacky holiday mash-ups (“I Melt with You/Frosty the Snowman,” “We Got the Beat/The Little Drummer Boy”), and eccentric originals (“It’s F*cking Hanukkah,” “The Text Message Song”.) Not only is the music stripped-down—cello, ukulele, glockenspiel, melodica, and a surprising array of other under-used instruments—but The Skivvies literally strip down to their underwear to perform. Grab your spiked eggnog, hurry down the chimney, and settle in for an evening of laughter and holiday cheer! They have everything but pants!

"Indie rock, alt-cabaret, new burlesque: Whatever you call it, the jolly musical comedy of the Skivvies, a troupe of entertainers who perform in their underwear, joyfully rock...Wielding instruments as if they were toys, the Skivvies’ leaders Nick Cearley...and his mischievous curly-headed partner Lauren Molina, treated the stage like a glorified sandbox for grown-up children. With their fellow musicians...they played jet-propelled, humorous mash-ups of songs from near and far in an accelerated jug band style...The Skivvies are paradoxically sophisticated and innocent...they tempt you to rush back to childhood and forward into the future at the same time." - NY Times

"The Skivvies have managed to carve out a niche that we never knew needed to exist: It's part Weird Al-parody and part sexy burlesque...an unusual explosion of satire and sultry." - Out Magazine

"The Skivvies are best thing to happen to NYC nightlife in years...a shot of pure joy to the heart...A MUST-see! Repeatedly!!!" - Perez Hilton